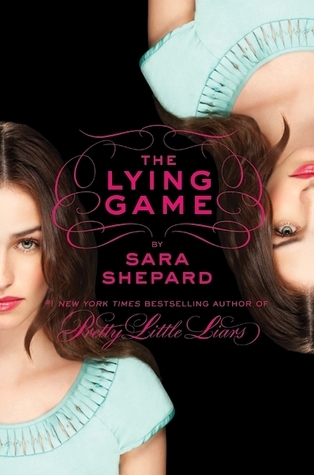 Summary: I had a life anyone would kill for.

The worst part of being dead is that there’s nothing left to live for. No more kisses. No more secrets. No more gossip. It’s enough to kill a girl all over again. But I’m about to get something no one else does—an encore performance, thanks to Emma, the long-lost twin sister I never even got to meet.

Now Emma’s desperate to know what happened to me. And the only way to figure it out is to be me—to slip into my old life and piece it all together. But can she laugh at inside jokes with my best friends? Convince my boyfriend she’s the girl he fell in love with? Pretend to be a happy, carefree daughter when she hugs my parents good night? And can she keep up the charade, even after she realizes my murderer is watching her every move?

“Always sleep with one eye open. Never take anything for granted. Your best friends might just be your enemies.”

Wow, this is actually incredible.

I picked this up because I thought some superficial young adult trash novel would pull me out of my reading slump. This is an trash, and it absolutely worked. The Lying Game had me on the edge of my seat the whole time and I’ve gained some respect for Sara Shepard. There’s a reason her work is so popular, it’s actually really good.

This had everything I wanted in a mystery, unexpected twists, clies that kept me guessing and plenty of suspects that have motives. The pacing is fast, keeping the story moving and the plot is intricate. The story is laid out perfectly where you were handed clues and memories at the right time keep you guessing and hooked.

Emma is the type of character that I like to read about. I thought I would be reading about a character more like Sutton, superficial and spoiled, but I got Emma instead. She is sweet, but she is also well-developed with her backstory as a foster kid. I like this so much more than I thought I would.

This fast paced mystery was exactly what I needed. I have written Sara Shepard’s books for years, but now I see what all the hype is for. I’m really glad that I actually gave this a chance.

2 thoughts on “The Lying Game”