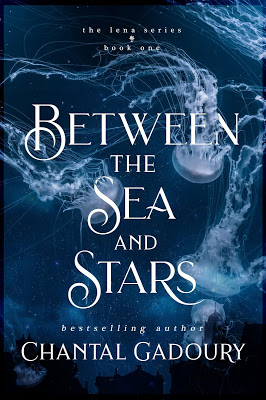 Summary: A Legend,  A Magical Shell A Girl Who Dreamed Of Something More…

Lena, a Merrow girl, lives in the Skagerrak sea with her father, Carrick and
her brother, Javelin who tells her of the legend of the Merrow Queen murdered
by her human lover when greed takes over. But what’s worth spilling the queen’s
blood? Gifted from Poseidon, himself, a magic shell gives any human the ability
to control both land and sea.

When Javelin is called to join a clan of Merrow soldiers bent on protecting
their waters from human invasion, Lena resists Merrow law and ventures to the
shore with no choice but to swim to land.

With newfound legs, Lena is whisked away on a new adventure with new friends
and new trouble. Everyone seems to want something from her as intrigue lurks
around every corner.

Trying her best to hide who she is and remain safe from the dangers of the
human world, will Lena finally find where she belongs, or will she be swept
into a strong and stormy current by lust, greed, and jealousy?

Amazon Best
Selling Author, Chantal Gadoury, is a 2011 graduate from Susquehanna University
with a Bachelor’s Degree in Creative Writing. Since graduation, she has
published “The Songs in Our Hearts” with 48Fourteen Publishing, and
“Allerleirauh” with Parliament House Press, with future titles to follow.
Chantal first started writing stories at the age of seven and continues with
that love of writing today. Writing novels for Chantal has become a life-long
dream come true! When she’s not writing, she enjoys painting, drinking lots of
DD Iced Coffee, and watching Disney classics. Chantal lives in Muncy,
Pennsylvania with her Mom, Sister and furry-‘brother’ (aka, puppy) Taran.

Website |  Twitter | Facebook | Intstagram |
Goodreads
Giveaway Details: Pre Order Giveaway!
Enter your
Receipt for the chance to win a “Mermaid” Giveaway!
A Mermaid-Themed
Tumbler, Notebook, Nail Filer, Face Mask, Hand Sanitizer, Handcream, Makeup
Bag, Popsocket and an autographed
Paperback of “Between the Sea and Stars.”
Any format of this book will qualify: E-Book or Paperback.
It can be purchased at any retailer; Amazon, Kobo, B&N,
Parliament House – etc.
Receipts must be dated before June 24th.
You can also submit your receipt by emailing
cgauthorgiveaway@gmail.com