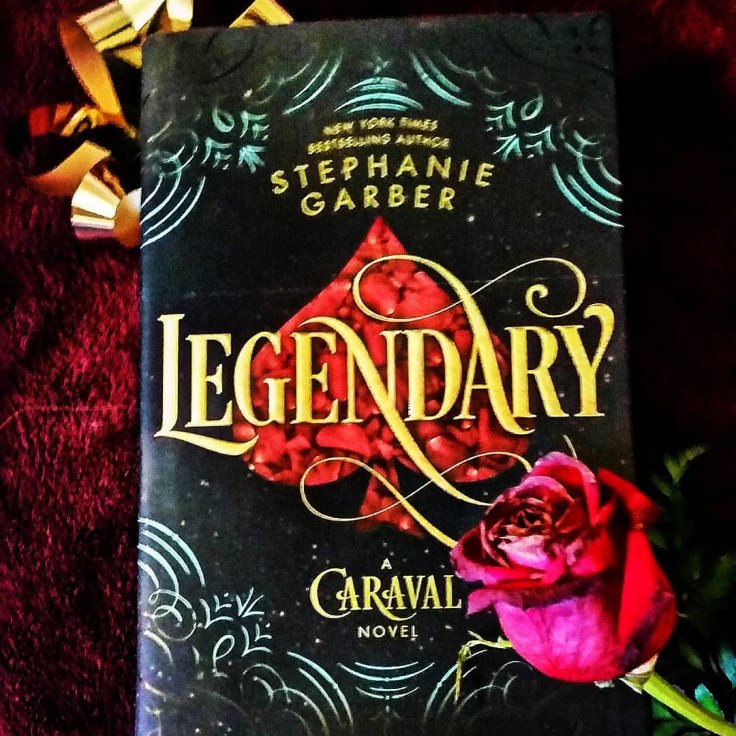 Summary: A heart to protect. A debt to repay. A game to win.

After being swept up in the magical world of Caraval, Donatella Dragna has finally escaped her father and saved her sister Scarlett from a disastrous arranged marriage. The girls should be celebrating, but Tella isn’t yet free. She made a desperate bargain with a mysterious criminal, and what Tella owes him no one has ever been able to deliver: Caraval Master Legend’s true name.

The only chance of uncovering Legend’s identity is to win Caraval, so Tella throws herself into the legendary competition once more—and into the path of the murderous heir to the throne, a doomed love story, and a web of secrets…including her sister’s. Caraval has always demanded bravery, cunning, and sacrifice. But now the game is asking for more. If Tella can’t fulfill her bargain and deliver Legend’s name, she’ll lose everything she cares about—maybe even her life. But if she wins, Legend and Caraval will be destroyed forever.

Welcome, welcome to Caraval…the games have only just begun.

Legendary is a magical adventure novel that will pull readers into a dangerous game. The long awaited sequel of Caraval was worth the wait. Legendary focuses on different characters than the first book and an all new setting and game to win. Both novels are incredible in their own way, and this series holds a special place in my heart.

The world building and setting in the first book was probably one of my favorite magical worlds. In comparison I don’t feel like this book lived up to the magic that poured out of the first one. There were some aspects that I loved and I wish were explored further, like the Fates. I would have loved more background on them and to have seen all the different Fates, rather than just the Prince of Hearts.

This novel excelled in character development where Caraval was lacking. Maybe it is just because I like Tella’s character more than Scarlett’s, but I felt more connected to the characters focused on in this book rather than the ones focused on in Caraval. I feel like Dante, Tella and Jacks were all darker than Julian and Scarlett, which made them more interesting to me.

I wish that this novel had the magical setting of Caraval and that Caraval had the character development of Legendary. If you combined the two they would have made the perfect book. So I’m a little disappointed, but this series is still beautifully magical and very fun to read. I would definitely suggest this series to anyone who wants to be swept away by magic. You can read my review of Caraval here.

2 thoughts on “Legendary by Stephanie Garber–Review”