A Danger to Herself and Others by Alyssa Sheinmel — Review 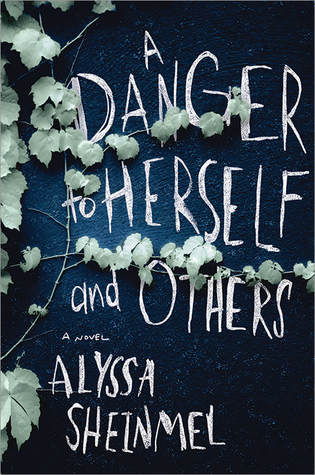 Four walls. One window. No way to escape. Hannah knows there’s been a mistake. She didn’t need to be institutionalized. What happened to her roommate at her summer program was an accident. As soon as the doctors and judge figure out that she isn’t a danger to herself or others, she can go home to start her senior year. In the meantime, she is going to use her persuasive skills to get the staff on her side.

Then Lucy arrives. Lucy has her own baggage. And she may be the only person who can get Hannah to confront the dangerous games and secrets that landed her in confinement in the first place.

I have read a lot of books that are set in mental hospitals and so many of them feel the same that I almost didn’t want to read this one. But something really drew me to this title, probably the title itself. Rather than reading about someone who is merely mentally ill, the title tells me that the main character is also dangerous, which I found to be different than most other novels written about mental hospitals. Sure, most of the characters that I read about were dangerous themselves, but others? No. This book seem to offer something more than I was used to.

Hannah was an interesting character to read about. She was manipulative and a bit cocky, believing that she was smarter than everyone around her. She was a very imperfect character, which made her so much fun to read about. A Danger to Herself and Others is written in first-person, which is crucial for understanding Hannah’s character arc because you see the story and events from her point of view.

The writing feels deeply personal. The amount of details given make the story come to life and feel tangible. The setting is typically one that may become boring, but it didn’t because of the way that it was written. Any novel set in a mental institution has the possibility of becoming monotonous, as the same thing happens every day. There is so much more to the story than that though. There is an interesting plot and a very important character arc.

A Danger to Herself and Others represents mental illness and shows that they can affect anyone. Hannah is a brilliant wealthy girl from the Upper East Side. She isn’t poor or dumb. She isn’t living under a bridge. It is also showed what it is like to come to terms with a diagnosis from the patient’s point of view. It showed the fear that the diagnosis might change how people looked at her and treated her. This representation is important because mental illness isn’t always understood.

This novel manages to stand out among the many other books with similar settings. The writing feels so personal and Hannah is a character that is fleshed out so well that the novel grabs you. After reading I feel as if I know Hannah and have walked this journey with her. The writing really takes this novel to a whole other level. With this book being my first read by Alyssa Sheinmel, I want to check out her other books. I believe that her writing could bring any story to life.