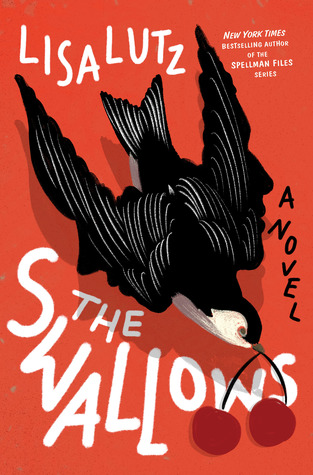 A new teacher at a New England prep school ignites a gender war–with deadly consequences–in a provocative novel from the bestselling author of The Passenger and the Spellman Files series.

It starts with this simple writing prompt from Alex Witt, Stonebridge Academy’s new creative writing teacher. When the students’ answers raise disturbing questions of their own, Ms. Witt knows there’s more going on the school than the faculty wants to see. She soon learns about The Ten–the students at the top of the school’s social hierarchy–as well as their connection to something called The Darkroom.

Ms. Witt can’t remain a passive observer. She finds the few girls who’ve started to question the school’s “boys will be boys” attitude and incites a resistance that quickly becomes a movement. But just as it gains momentum, she also attracts the attention of an unknown enemy who knows a little too much about her–including what brought her to Stonebridge in the first place.

Meanwhile, Gemma, a defiant senior, has been plotting her attack for years, waiting for the right moment. Shy loner Norman hates his role in the Darkroom, but can’t find the courage to fight back until he makes an unlikely alliance. And then there’s Finn Ford, an English teacher with a shady reputation who keeps one eye on his literary ambitions and one on Ms. Witt.

As the school’s secrets begin to trickle out, a boys-versus-girls skirmish turns into an all-out war, with deeply personal–and potentially fatal–consequences for everyone involved. Lisa Lutz’s blistering, timely tale shows us what can happen when silence wins out over decency for too long–and why the scariest threat of all might be the idea that sooner or later, girls will be girls.

I don’t read many contemporary novels, but this book looked especially compelling. Before reading I had seen some reviews that warned that the book shouldn’t be taken too seriously and that it was over the top. I can definitely agree with those statements. The subject matter of The Swallows initially lead me to believe that this would be a hard hitting novel about feminism and a powerful read, while it was a feminist novel, it didn’t pack the punch that I had anticipated. The Swallows is a drama filled novel set at a boarding school where there are sexual scandals that incite an all out war between the boys and the girls.

There were many aspects of The Swallows that I really enjoyed. It was an entertaining book about scandals and retaliation set in a New England prep school. It was a light read and full of lots of drama. The main point of view is from a creative writing teacher who is trying to get to the bottom of everything that is happening at the school, but you get several more points of view and several of them are from students, so you get the full picture of what is going on. The book reads like a fluff read with easy readability and lots of drama to keep you entertained.

But personally I am a bit disappointed. This book could have been an emotional and powerful read. Some of the subject matter is horrible and goes on in many high schools and colleges, but the writing felt rather cavalier about some really important topics. I just feel like it made light of topics that should have been handled with more tact. I think one of the main downfalls was that the characters all felt like cardboard cut outs, they had very little depth to them. Even at the climax of this book I didn’t really care what happened next. It was missing emotion and the build up of tension. The plot was great, but the execution and the writing fell short.

Overall I am disappointed. I read that I shouldn’t take this book too seriously, but I feel like the author could have taken it a bit more seriously. It lacked fleshed out characters and an emotional delivery. This book had the potential to be so much better than it was and I can’t help but feel let down.

21 thoughts on “The Swallows by Lisa Lutz”