I love discussing books by my favorite authors. I actually did a topic similar to this for Top Ten Tuesday a long time ago and I kind of forgot about it when I came up with this topic for Top 5 Saturday. So I decided that since I’ve did this a little more than a year ago I would focus on authors that I’ve come to love in the last year. I’ve discovered so many great authors this year and I am dying to read more of all of their books. These authors have written books that I absolutely loved and I would read anything that they write. 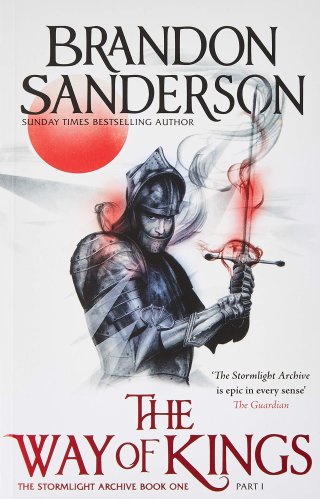 The Way of Kings by Brandon Sanderson

I long for the days before the Last Desolation.

The age before the Heralds abandoned us and the Knights Radiant turned against us. A time when there was still magic in the world and honor in the hearts of men.

The world became ours, and yet we lost it. Victory proved to be the greatest test of all. Or was that victory illusory? Did our enemies come to recognize that the harder they fought, the fiercer our resistance? Fire and hammer will forge steel into a weapon, but if you abandon your sword, it eventually rusts away.

There are four whom we watch. The first is the surgeon, forced to forsake healing to fight in the most brutal war of our time. The second is the assassin, a murderer who weeps as he kills. The third is the liar, a young woman who wears a scholar’s mantle over the heart of a thief. The last is the prince, a warlord whose eyes have opened to the ancient past as his thirst for battle wanes.

The world can change. Surgebinding and Shardwielding can return; the magics of ancient days become ours again. These four people are key.

One of them may redeem us. And one of them will destroy us.
From Brandon Sanderson-who completed Robert Jordan’s The Wheel of Time-comes The Stormlight Archive, an ambitious new fantasy epic in a unique, richly imagined setting. Roshar is a world relentlessly blasted by awesome tempests, where emotions take on physical form, and terrible secrets hide deep beneath the rocky landscape.

Speak again the ancient oaths
Life before death. Strength before weakness. Journey before destination.
and return to men the Shards they once bore. The Knights Radiant must stand again!

If you’ve been following my blog at all since last summer you’ve probably heard me rave about Brandon Sanderson. I discovered the Mistborn series over the summer and I have become absolutely obsessed with Brandon Sanderson’s writing. I am so excited to get into The Stormlight Archives and I’m so happy that I have a copy of this book thanks to my best friend Jay. I get so excited even just thinking of this book!

The Shadow Wand by Laurie Forest

Elloren Gardner hides the most powerful secret in all of Erthia – she is the Black Witch of Prophecy, and destined to triumph…or be used as the ultimate weapon of destruction.
Separated from everyone she loves, isolated and hunted, Elloren must turn to the last person she can trust, her fastmate, Commander Lukas Grey. With the Mage forces of Gardneria poised to conquer all of Erthia, Elloren has no choice but to ally with Lukas and combine their power to keep herself out of the hands of the Gardnerian leader Marcus Vogel…the holder of the all-consuming Shadow Wand.
With just weeks to train to become a warrior, and no control over her magic, Elloren finds unexpected allies among those under orders to kill her. It’s time to step up. To fight back. And to forge onward through the most devastating loss yet.

Laurie Forest’s series The Black Witch Chronicles had some of the best character development that I’ve ever read. (Read my review of The Black Witch here!) I felt like her characters were friends of mine by the end of reading these books. I have been DYING for the third book ever since I finished the second book. I have missed these characters and I can’t wait to return to them! I am happy that this is not the last book in this series because I need a little bit longer in this world.

The Faithless Hawk by Margaret Owen

Kings become outcasts and lovers become foes in the thrilling sequel to Margaret Owen’s The Merciful Crow.
As the new chieftain of the Crows, Fie knows better than to expect a royal to keep his word. Still she’s hopeful that Prince Jasimir will fulfill his oath to protect her fellow Crows. But then black smoke fills the sky, signaling the death of King Surimir and the beginning of Queen Rhusana’s merciless bid for the throne.
With the witch queen using the deadly plague to unite the nation of Sabor against Crows—and add numbers to her monstrous army—Fie and her band are forced to go into hiding, leaving the country to be ravaged by the plague. However, they’re all running out of time before the Crows starve in exile and Sabor is lost forever.
A desperate Fie calls on old allies to help take Rhusana down from within her own walls. But inside the royal palace, the only difference between a conqueror and a thief is an army. To survive, Fie must unravel not only Rhusana’s plot, but ancient secrets of the Crows—secrets that could save her people, or set the world ablaze

The Merciful Crow by Margaret Owen was not a book that I expected to love, but I found myself absolutely fascinated with the dark fantasy tale. (Read my review of The Merciful Crow here!) I love the magic system and the caste system SO much. I just can’t wait for this sequel to come out! 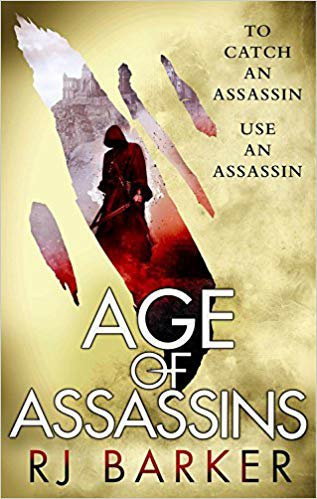 Age of Assassins by RJ Barker

To catch an assassin, use an assassin…
Girton Club-foot, apprentice to the land’s best assassin, still has much to learn about the art of taking lives. But his latest mission tasks him and his master with a far more difficult challenge: to save a life. Someone, or many someones, is trying to kill the heir to the throne, and it is up to Girton and his master to uncover the traitor and prevent the prince’s murder.
In a kingdom on the brink of civil war and a castle thick with lies Girton finds friends he never expected, responsibilities he never wanted, and a conspiracy that could destroy an entire kingdom.

Over the summer I discovered The Bone Ships by RJ Barker and absolutely loved it. (Read my review of The Bone Ships here!) The writing just grabbed me and I loved the story. Honestly I get so nostalgic just thinking about it! I was so thrilled to find out that RJ Barker has another series out about ASSASSINS! I need to get my hands on this series ASAP!

You are a daughter of queens.

The world is balanced on the edge of a knife, and war is almost certain between the empire and the Phoenix Riders.

Like Nefyra before you, your life will be a trial by fire.

Veronyka finally got her wish to join the Riders, but while she’s supposed to be in training, all she really wants to do is fly out to defend the villages of Pyra from the advancing empire. Tristan has been promoted to Master Rider, but he has very different ideas about the best way to protect their people than his father, the commander. Sev has been sent to spy on the empire, but maintaining his cover may force him to fight on the wrong side of the war. And Veronyka’s sister, Val, is determined to regain the empire she lost—even if it means inciting the war herself.

Such is your inheritance. A name. A legacy. An empire in ruin.

As tensions reach a boiling point, the characters all find themselves drawn together into a fight that will shape the course of the empire—and determine the future of the Phoenix Riders. Each must decide how far they’re willing to go—and what they’re willing to lose in the process.

I pray you are able to pass through the flames.

Last but not least is the sequel to one of my favorite books of the year. I absolutely LOVED Crown of Feathers and I am so excited for the sequel to come out!! (Read my review here!) The first book in this series had amazing phoenixes and an unhealthy sisterly relationship that just felt so real.