Can’t Wait Wednesday is a weekly meme hosted by Wishful Endings based on the meme Waiting on Wednesday by Breaking the Spine. In this weekly post people share a book that they’re excited about being released.

I have always loved reading these posts, looking forward at books that people can’t wait for. But I always find that I want a list and it is just one book. So I decided I would share three upcoming books that I can’t wait for. If you click on the title of the book it will take you to the book’s Goodreads page. 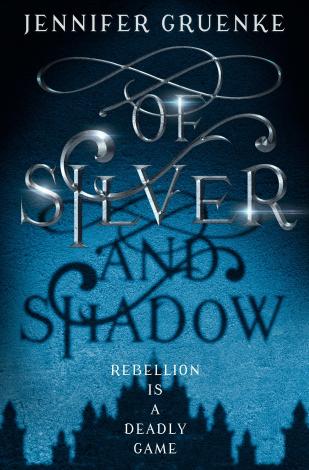 Of Silver and Shadow by Jennifer Gruenke

Ren Kolins is a silver wielder—a dangerous thing to be in the kingdom of Erdis, where magic has been outlawed for a century. Ren is just trying to survive, sticking to a life of petty thievery, card games, and pit fighting to get by. But when a wealthy rebel leader discovers her secret, he offers her a fortune to join his revolution. The caveat: she won’t see a single coin until they overthrow the King.

Behind the castle walls, a brutal group of warriors known as the King’s Children is engaged in a competition: the first to find the rebel leader will be made King’s Fang, the right hand of the King of Erdis. And Adley Farre is hunting down the rebels one by one, torturing her way to Ren and the rebel leader, and the coveted King’s Fang title.

But time is running out for all of them, including the youngest Prince of Erdis, who finds himself pulled into the rebellion. Political tensions have reached a boiling point, and Ren and the rebels must take the throne before war breaks out.

Political tension, banned magic, thievery and a competition all in one book? SIGN ME UP! I have a physical ARC of this book and I can not wait to read it. I’ve been waiting to read until closer to publication, but it’s almost time and I am so excited.

From the author of Jar of Hearts, a mother driven to the edge by the disappearance of her son learns her husband is having an affair with the woman who might have kidnapped him.
Four hundred and eighty seconds. That’s how long it took for someone to steal Marin Machado’s four-year-old son.

Marin had the perfect life. Married to her college sweetheart, she owns a chain of upscale hair salons, and Derek runs his own company. They’re admired in their community and are a loving family. Up until the day Sebastian is taken.

A year later, Marin is a shadow of herself. The FBI search has gone cold. The publicity has faded. She and her husband rarely speak. The only thing keeping her going is the unlikely chance that one day Sebastian reappears. She hires a P.I. to pick up where the police left off, but instead of finding him, she discovers that Derek is having an affair with a younger woman.

Kenzie Li is an artist and grad student—Instagram famous—and up to her eyeballs in debt. She knows Derek is married. She also knows he’s rich, and dating him comes with perks: help with bills, trips away, expensive gifts. He isn’t her first rich boyfriend, but she finds herself hoping he’ll be the last. She’s falling for him—and that was never part of the plan.

Discovery of the affair sparks Marin back to life. She’s lost her son; she’s not about to lose her husband, too. Kenzie is an enemy with a face, which means this is a problem Marin can fix. But as she sets a plan in motion, another revelation surfaces. Derek’s lover might know what happened to their son. And so might Derek.

Jennifer Hillier’s Jar of Hearts is one of my favorite thrillers that I’ve ever read. (Check out my review here!) I honestly haven’t even read the blurb of this book, but I love Jennifer Hillier and I need to read anything that she writes. I have a physical ARC of this book as well and I have high hopes of a 5 star read.

The Body Double by Emily Beyda 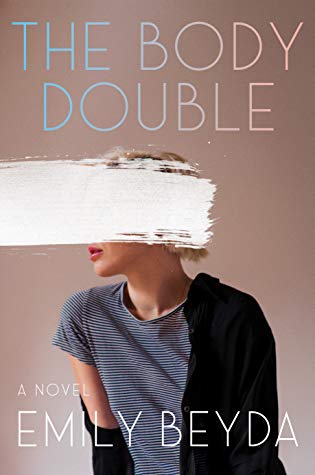 A dark, glittering debut novel, The Body Double is the suspenseful story of a young woman who is recruited by a stranger to give up her old life and identity to impersonate a reclusive Hollywood star.

A strange man discovers our nameless narrator selling popcorn at a decrepit small-town movie theater and offers her an odd and lucrative position: she will forget her job, her acquaintances, even her name, and move to Los Angeles, where she will become the body double of the famous and troubled celebrity Rosanna Feld. A nervous breakdown has forced Rosanna out of the public eye, and she needs a look-alike to take her place in the tabloid media circus of Hollywood. Overseen by Max, who hired her for the job, our narrator spends her days locked up in a small apartment in the hills watching hidden camera footage of Rosanna, wearing Rosanna’s clothes, eating the food Rosanna likes, practicing her mannerisms, learning to become Rosanna in every way. But as she makes her public debut as Rosanna, dining at elegant restaurants, shopping in stylish boutiques, and finally risking a dinner party with Rosanna’s true inner circle, alarming questions begin to arise. What really caused Rosanna’s mental collapse? Will she ever return? And is Max truly her ally, or something more sinister? With echoes of Hitchcock’s Vertigo, The Body Double is a fabulously plotted noir about fame, beauty, and the darkness of Hollywood.

I can not get enough of body double plots! I love these types of books so much! This kind of plot is always so much fun to read about. Although typically I read about these scenarios in dystopian or fantasy books, but I love the Hollywood twist on this topic. Some of my favorite body double reads are: Mirage by Somaiya Daud (review here), Impostors by Scott Westerfeld (review here) and The Rule of One by Ashley and Leslie Saunders (review here).