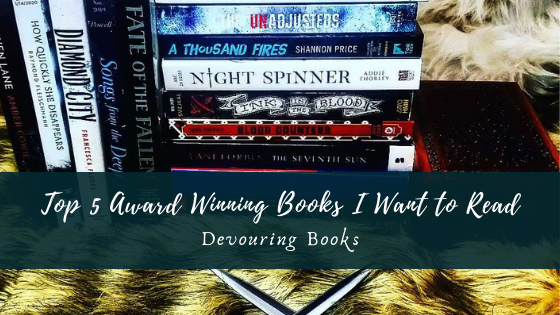 I’ve been trying to get back on track after a blogging hiatus, but obviously this post is late. But I just went on a vacation to New Hampshire. So hopefully I can get back on schedule from here on out.

I’ve never paid much attention to award winning novels myself, but when looking back I discovered a lot of books that I’ve read and loved have won all sorts of awards. I read a lot of fantasy books, so I’m interested in checking out some of the different fantasy book awards. The only awards that I’ve really paid much attention to in the past are the Goodreads Choice Awards. I have been introduced to several books that have won Goodreads Choice awards, and personally I think awards that are voted on by readers have more value. After checking out fantasy book awards I’ve discovered another great way to find quality fantasy books that I might want to read. I was surprised by just how many books on my TBR have won some sort of award. It was really hard to narrow this list down to 5 books because there are just so many amazing award winning books!

Kings of the Wyld by Nicholas Eames

Clay Cooper and his band were once the best of the best — the meanest, dirtiest, most feared crew of mercenaries this side of the Heartwyld.

Their glory days long past, the mercs have grown apart and grown old, fat, drunk – or a combination of the three. Then an ex-bandmate turns up at Clay’s door with a plea for help. His daughter Rose is trapped in a city besieged by an enemy one hundred thousand strong and hungry for blood. Rescuing Rose is the kind of mission that only the very brave or the very stupid would sign up for.

It’s time to get the band back together for one last tour across the Wyld.

I’ve wanted to read this book since I first heard about it. It reminds me of several books that I’ve read and loved, including The Bard’s Blade and Fate of the Fallen. It looks like a really funny fantasy book and I love those types of stories. I recently picked up a copy of this book and I can’t wait to read it. 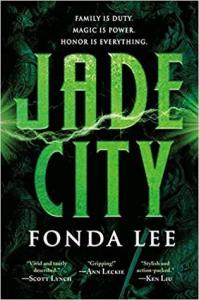 The Kaul family is one of two crime syndicates that control the island of Kekon. It’s the only place in the world that produces rare magical jade, which grants those with the right training and heritage superhuman abilities.
The Green Bone clans of honorable jade-wearing warriors once protected the island from foreign invasion–but nowadays, in a bustling post-war metropolis full of fast cars and foreign money, Green Bone families like the Kauls are primarily involved in commerce, construction, and the everyday upkeep of the districts under their protection.
When the simmering tension between the Kauls and their greatest rivals erupts into open violence in the streets, the outcome of this clan war will determine the fate of all Green Bones and the future of Kekon itself.

I have heard so many amazing things about this book and it’s pretty high on my TBR. Jade City is an own voices novel that is rich in Asian culture. The reviews are absolutely glowing and just looking at this book makes me want to read it. 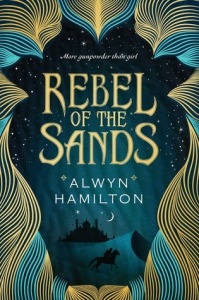 Rebel of the Sands by Alwyn Hamilton

Mortals rule the desert nation of Miraji, but mythical beasts still roam the wild and remote areas, and rumor has it that somewhere, djinn still perform their magic.  For humans, it’s an unforgiving place, especially if you’re poor, orphaned, or female.

Amani Al’Hiza is all three. She’s a gifted gunslinger with perfect aim, but she can’t shoot her way out of Dustwalk, the back-country town where she’s destined to wind up wed or dead.

Then she meets Jin, a rakish foreigner, in a shooting contest, and sees him as the perfect escape route. But though she’s spent years dreaming of leaving Dustwalk, she never imagined she’d gallop away on mythical horse—or that it would take a foreign fugitive to show her the heart of the desert she thought she knew.

Rebel of the Sands reveals what happens when a dream deferred explodes—in the fires of rebellion, of romantic passion, and the all-consuming inferno of a girl finally, at long last, embracing her power.

I really love books with desert settings! Rebel of the Sands has been on my TBR for a while and when I was looking for books for this post I ran across it again. When I reread the blurb I realized that this book has a bit of a western vibe, which is something that I’ve really enjoyed when blended with fantasy. I’ve only read a few fantasy books that had western vibes, but I LOVED both of them, so that fact reignited my excitement for Rebel of the Sands. 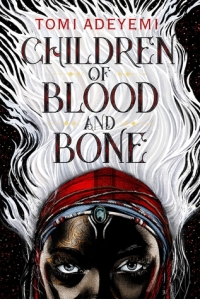 Children of Blood and Bone by Tomi Adeyemi

They killed my mother.
They took our magic.
They tried to bury us.

But everything changed the night magic disappeared. Under the orders of a ruthless king, maji were killed, leaving Zélie without a mother and her people without hope.

Now Zélie has one chance to bring back magic and strike against the monarchy. With the help of a rogue princess, Zélie must outwit and outrun the crown prince, who is hell-bent on eradicating magic for good.

Danger lurks in Orïsha, where snow leoponaires prowl and vengeful spirits wait in the waters. Yet the greatest danger may be Zélie herself as she struggles to control her powers and her growing feelings for an enemy.

Won the Audie Award for Audiobook of the Year (2019), the Goodreads Choice Award for Debut Author and Nominee for Young Adult Fantasy & Science Fiction (2018), the Dragon Award for Best Young Adult / Middle Grade Novel (2018), and the Lodestar Award (2019)

There was so much hype around this book when it first came out, but I never read it. I recently got a copy as a part of a giveaway that I won, so I am hoping to read it soon. Honestly, I don’t know a ton about this book, just that so many of my friends absolutely loved it. So I hope to dive into this one pretty blind and hope that I love it too! 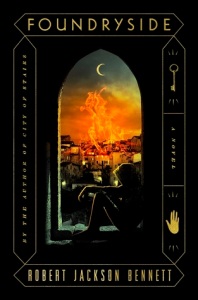 Sancia Grado is a thief, and a damn good one. And her latest target, a heavily guarded warehouse on Tevanne’s docks, is nothing her unique abilities can’t handle.

But unbeknownst to her, Sancia’s been sent to steal an artifact of unimaginable power, an object that could revolutionize the magical technology known as scriving. The Merchant Houses who control this magic–the art of using coded commands to imbue everyday objects with sentience–have already used it to transform Tevanne into a vast, remorseless capitalist machine. But if they can unlock the artifact’s secrets, they will rewrite the world itself to suit their aims.

Now someone in those Houses wants Sancia dead, and the artifact for themselves. And in the city of Tevanne, there’s nobody with the power to stop them.

To have a chance at surviving—and at stopping the deadly transformation that’s under way—Sancia will have to marshal unlikely allies, learn to harness the artifact’s power for herself, and undergo her own transformation, one that will turn her into something she could never have imagined.

I’ve had a copy of Foundryside for a while now, but for some reason I am a little hesitant to pick it up. I guess it’s just because this book sounds a little too good to be true. The blurb sounds amazing and I read a review that compared the book to Mistborn. I have my fingers crossed that this book is actually as good as it sounds!