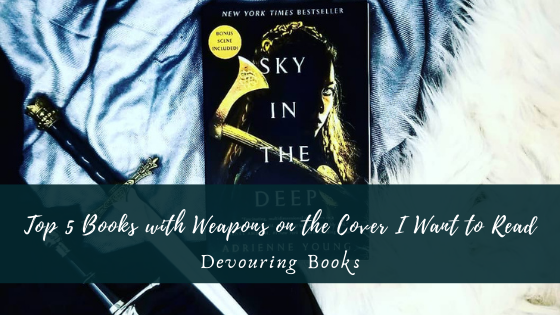 I have to admit that I’ve been so behind on my blog because I’ve been reading so much! I’ve had several 5 star reads in a row and haven’t been able to tear myself away from reading! So this post is super late.

Weapons on the Cover

There are so many books with weapons on the cover, it’s a great cover design, especially for mysteries or fantasies. As a person who loves fantasy that is full of action and amazing fight scenes I get pretty excited when I see a weapon on the cover of a fantasy novel. When I first went to make this list I realized I could include several books that I’ve talked about a lot recently, but I wanted to see what other books I could find so I decided to only include books that aren’t high on my TBR. In my search for books to put on this list I feel like I’ve discovered a bunch of fantasy books that look really awesome that I might read soon. 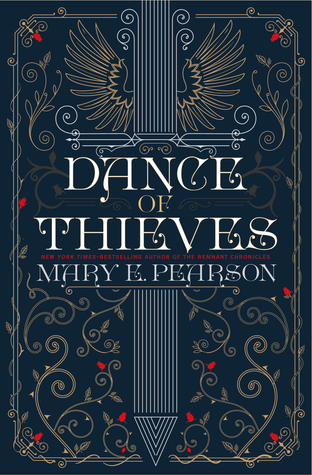 When the patriarch of the Ballenger empire dies, his son, Jase, becomes its new leader. Even nearby kingdoms bow to the strength of this outlaw family, who have always governed by their own rules. But a new era looms on the horizon, set in motion by a young queen, which makes her the target of the dynasty’s resentment and anger.

At the same time, Kazi, a legendary former street thief, is sent by the queen to investigate transgressions against the new settlements. When Kazi arrives in the forbidding land of the Ballengers, she learns that there is more to Jase than she thought. As unexpected events spiral out of their control, bringing them intimately together, they continue to play a cat and mouse game of false moves and motives in order to fulfill their own secret missions.

Mary E. Pearson’s Dance of Thieves is a new YA novel in the New York Times bestselling Remnant Chronicles universe, in which a reformed thief and the young leader of an outlaw dynasty lock wits in a battle that may cost them their lives—and their hearts.

I really enjoyed Kiss of Deception, and I really want to go back and finish that series, but I’m also interested in Mary E. Pearson’s other fantasy series. This is actually a spin off series of her other series, which is pretty cool because I thought that was a pretty cool world. I love books that have thieves as main characters, so I’m really excited for this one! 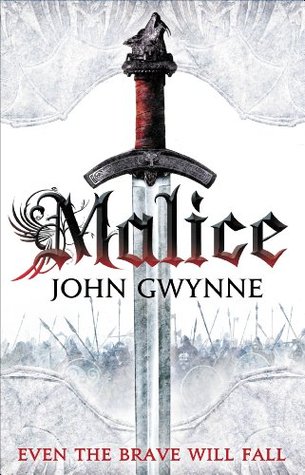 The world is broken…

Corban wants nothing more than to be a warrior under King Brenin’s rule – to protect and serve. But that day will come all too soon. And the price he pays will be in blood.

Evnis has sacrificed – too much it seems. But what he wants – the power to rule — will soon be in his grasp. And nothing will stop him once he has started on his path.

Veradis is the newest member of the warband for the High Prince, Nathair. He is one of the most skilled swordsman to come out of his homeland, yet he is always under the shadow of his older brother.

Nathair has ideas – and a lot of plans. Many of them don’t involve his father, the High King Aquilus. Nor does he agree with his father’s idea to summon his fellow kings to council.

The Banished Lands has a violent past where armies of men and giants clashed in battle, but now giants are seen, the stones weep blood and giant wyrms are stirring. Those who can still read the signs see a threat far greater than the ancient wars. For if the Black Sun gains ascendancy, mankind’s hopes and dreams will fall to dust…

…and it can never be made whole again.

MALICE is a dark epic fantasy tale of blind greed, ambition, and betrayal.

I haven’t heard much about this book at all, but it’s gotten really great reviews. It sounds like it has multiple points of view, which I love in fantasy when it’s done well. Also there are giants! This book sounds pretty epic and it is also supposed to be on the darker side, and I really love dark fantasy. 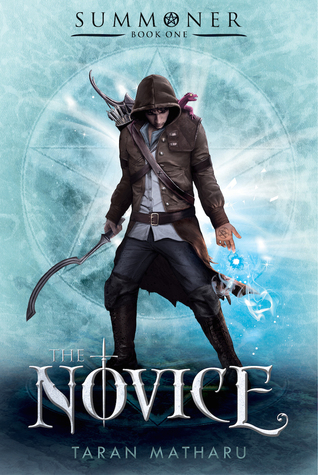 The Novice by Taran Matharu

When blacksmith apprentice Fletcher discovers that he has the ability to summon demons from another world, he travels to Adept Military Academy. There the gifted are trained in the art of summoning. Fletcher is put through grueling training as a battlemage to fight in the Hominum Empire’s war against orcs. He must tread carefully while training alongside children of powerful nobles. The power hungry, those seeking alliances, and the fear of betrayal surround him. Fletcher finds himself caught in the middle of powerful forces, with only his demon Ignatius for help.

As the pieces on the board maneuver for supremacy, Fletcher must decide where his loyalties lie. The fate of an empire is in his hands. The Novice is the first in a trilogy about Fletcher, his demon Ignatius, and the war against the Orcs.

This is another book that I didn’t know much about, but it also has really great reviews. There is a magical school, which is one fantasy trope that I absolutely love. There are dwarves, elves and orcs, which I’m excited about because I feel like I don’t read enough fantasy that features magical human-like races. The main character is a Summoner, so he has the ability to summon demons and it sounds like his demon is kind of like a pet. I LOVE when there are pets or pet-like creatures in fantasy novels, so this is another aspect that I’m really excited about. This is one book that I think I will really love, but for some reason it’s just flown beneath the radar. This is probably the book that I’m the most excited for out of all of these! 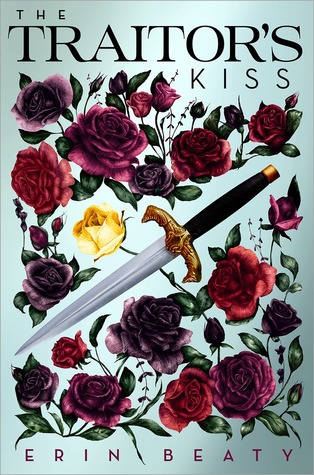 The Traitor’s Kiss by Erin Beaty

An obstinate girl who will not be married. A soldier desperate to prove himself. A kingdom on the brink of war.

With a sharp tongue and an unruly temper, Sage Fowler is not what they’d call a lady―which is perfectly fine with her. Deemed unfit for marriage, Sage is apprenticed to a matchmaker and tasked with wrangling other young ladies to be married off for political alliances. She spies on the girls―and on the soldiers escorting them.

As the girls’ military escort senses a political uprising, Sage is recruited by a handsome soldier to infiltrate the enemy ranks. The more she discovers as a spy, the less certain she becomes about whom to trust―and Sage becomes caught in a dangerous balancing act that will determine the fate of her kingdom.

I have to admit that the cover is the main reason that this book wound up on this list. What can I say? I judge books by their covers! The main character in this book is a spy! It has been SO long since I’ve read a decent book about a spy. All of the reviews rave about the character development, so that gives me high hopes because well developed characters is something that is really important to me. It sounds like romance plays a big role in this book, but it also sounds like it is a political fantasy with some excellent plotting. 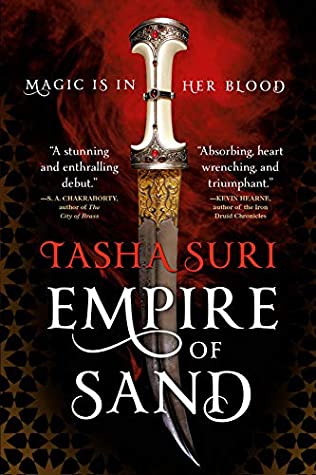 Empire of Sand by Tasha Suri

A nobleman’s daughter with magic in her blood. An empire built on the dreams of enslaved gods. Empire of Sand is Tasha Suri’s captivating, Mughal India-inspired debut fantasy.

The Amrithi are outcasts; nomads descended of desert spirits, they are coveted and persecuted throughout the Empire for the power in their blood. Mehr is the illegitimate daughter of an imperial governor and an exiled Amrithi mother she can barely remember, but whose face and magic she has inherited.

When Mehr’s power comes to the attention of the Emperor’s most feared mystics, she must use every ounce of will, subtlety, and power she possesses to resist their cruel agenda.

Should she fail, the gods themselves may awaken seeking vengeance…

Empire of Sand is a lush, dazzling fantasy novel perfect for readers of City of Brass and The Wrath & the Dawn.

I have to admit that I’ve had an ARC of this book for years now and I still haven’t read it. This is an #OwnVoices fantasy inspired by Indian culture. I am a huge fan of #OwnVoices fantasies, especially when they’re done well with rich culture. This book sounds really good, but apparently it has a slow pace. I struggle with slow paced fantasies, so this is one that I will have to be in the right mood for.

18 thoughts on “Top 5 Books with Weapons on the Cover”