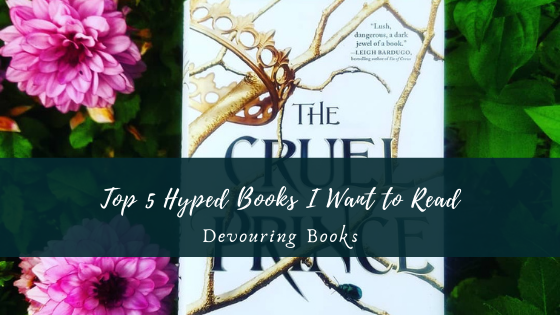 As part of the online bookish community it’s hard not to get caught up in the hype for an upcoming release. There are so many books I’ve picked up because the bookish community got me really excited for them. As much as I love getting excited for hyped books sometimes I get nervous that all of the hype raises my expectations too high. I try not to let other people’s opinions on a book influence my own so I can have my own genuine experience with the books I read. I do love sharing the love of a popular book with my bookish friends though! 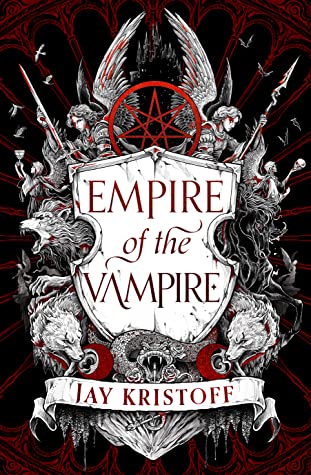 Empire of the Vampire by Jay Kristoff

It has been twenty-seven long years since the last sunrise. For nearly three decades, vampires have waged war against humanity; building their eternal empire even as they tear down our own. Now, only a few tiny sparks of light endure in a sea of darkness.

Gabriel de León is a silversaint: a member of a holy brotherhood dedicated to defending realm and church from the creatures of the night. But even the Silver Order couldn’t stem the tide once daylight failed us, and now, only Gabriel remains.

Imprisoned by the very monsters he vowed to destroy, the last silversaint is forced to tell his story. A story of legendary battles and forbidden love, of faith lost and friendships won, of the Wars of the Blood and the Forever King and the quest for humanity’s last remaining hope:

This is probably the most hyped new release that I actually have a copy of. I have yet to read any of Jay Kristoff’s books, but his entire backlist is on my TBR. I love vampires and I feel like there haven’t been that many great vampire books that have come out recently, so I’m thrilled to have a copy of this one! 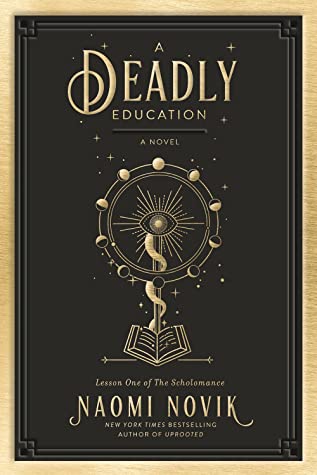 A Deadly Education by Naomi Novik

Lesson One of the Scholomance: Learning has never been this deadly.

A Deadly Education is set at Scholomance, a school for the magically gifted where failure means certain death (for real) — until one girl, El, begins to unlock its many secrets.

There are no teachers, no holidays, and no friendships, save strategic ones. Survival is more important than any letter grade, for the school won’t allow its students to leave until they graduate… or die! The rules are deceptively simple: Don’t walk the halls alone. And beware of the monsters who lurk everywhere.

El is uniquely prepared for the school’s dangers. She may be without allies, but she possesses a dark power strong enough to level mountains and wipe out millions. It would be easy enough for El to defeat the monsters that prowl the school. The problem? Her powerful dark magic might also kill all the other students.

When I first heard about this book I knew I had to have a copy. I am a sucker for boarding school settings and this one looks so good. I love books with a dark edge to them and this one has that vibe! Everyone raves about Naomi Novik and I’ve yet to read any of her work, so I’m excited to finally be able to form an opinion on her writing. 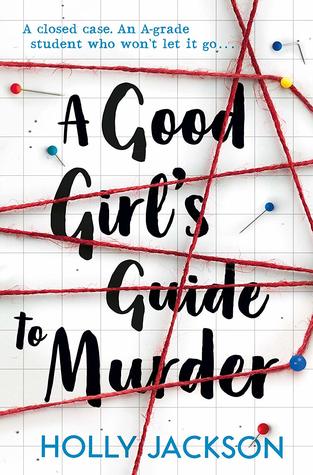 A Good Girl’s Guide to Murder by Holly Jackson

The case is closed. Five years ago, schoolgirl Andie Bell was murdered by Sal Singh. The police know he did it. Everyone in town knows he did it.

But having grown up in the same small town that was consumed by the murder, Pippa Fitz-Amobi isn’t so sure. When she chooses the case as the topic for her final year project, she starts to uncover secrets that someone in town desperately wants to stay hidden. And if the real killer is still out there, how far will they go to keep Pip from the truth?

This YA thriller has been everywhere the last year! I’ve heard so many fantastic things about this series. I love that it’s mixed media format because I’ve really enjoyed every mixed media book that I’ve read so far and I told myself I’d read more mixed media books. 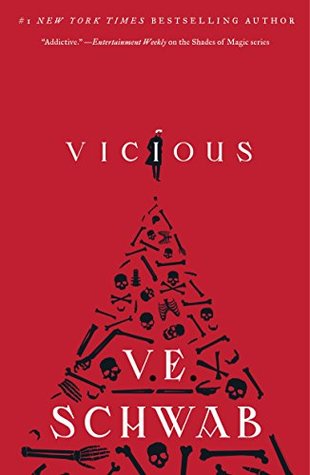 A masterful tale of ambition, jealousy, desire, and superpowers.

Victor and Eli started out as college roommates—brilliant, arrogant, lonely boys who recognized the same sharpness and ambition in each other. In their senior year, a shared research interest in adrenaline, near-death experiences, and seemingly supernatural events reveals an intriguing possibility: that under the right conditions, someone could develop extraordinary abilities. But when their thesis moves from the academic to the experimental, things go horribly wrong.

Ten years later, Victor breaks out of prison, determined to catch up to his old friend (now foe), aided by a young girl whose reserved nature obscures a stunning ability. Meanwhile, Eli is on a mission to eradicate every other super-powered person that he can find—aside from his sidekick, an enigmatic woman with an unbreakable will. Armed with terrible power on both sides, driven by the memory of betrayal and loss, the archnemeses have set a course for revenge—but who will be left alive at the end?

In Vicious, V. E. Schwab brings to life a gritty comic-book-style world in vivid prose: a world where gaining superpowers doesn’t automatically lead to heroism, and a time when allegiances are called into question.

Okay so the jury is still out on whether or not Schwab’s books are for me. I didn’t love A Darker Shade of Magic like I thought I would, but I have a copy of Vicious that I’m pretty excited to read. I love morally grey characters. I think it was hard for A Darker Shade of Magic to live up to my expectations since the book was so hyped up to me for so long before I finally read it. Now that my expectations aren’t SO high for V.E. Schwab’s books I think I have a better shot of actually enjoying them! 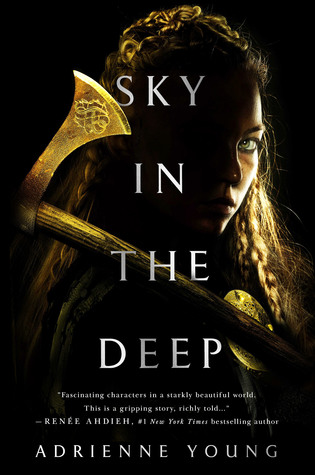 Sky in the Deep by Adrienne Young

Raised to be a warrior, seventeen-year-old Eelyn fights alongside her Aska clansmen in an ancient rivalry against the Riki clan. Her life is brutal but simple: fight and survive. Until the day she sees the impossible on the battlefield—her brother, fighting with the enemy—the brother she watched die five years ago.

Faced with her brother’s betrayal, she must survive the winter in the mountains with the Riki, in a village where every neighbor is an enemy, every battle scar possibly one she delivered. But when the Riki village is raided by a ruthless clan thought to be a legend, Eelyn is even more desperate to get back to her beloved family.

She is given no choice but to trust Fiske, her brother’s friend, who sees her as a threat. They must do the impossible: unite the clans to fight together, or risk being slaughtered one by one. Driven by a love for her clan and her growing love for Fiske, Eelyn must confront her own definition of loyalty and family while daring to put her faith in the people she’s spent her life hating.

When Sky in the Deep first came out I saw it everywhere. I didn’t get an ARC of this one so I never wound up reading it, but I did wind up getting a copy of The Girl the Sea Gave Back and I’ve been following Adrienne Young ever since. When Fable came out and blew me away I knew that she would become an auto buy author for me. Adrienne Young is an author who I got into because of all the hype for her debut novel, which funny enough, I still haven’t read. I’ve loved every single book that I’ve read by her so far and I hope to read everything she’s gotten published.

And On She Reads

What are some of your favorite hyped books? What are some hyped books that are high on your TBR? Have you read any of the books I listed above? Which book do you think I should read first off of this list? How does hype and popularity affect your reading experience? Make sure to comment below so we can chat about hyped books!